If you’re confused about your SD card’s speed rating, you are not alone.

The goal of this blog post is to help unravel most of this confusion. So, keep reading and we know you'll have a better understanding by the end of this article!

Before discussing any details about SD speed ratings, here are some of the SD cards you may encounter, curtesy of an SD article on Wikipedia: 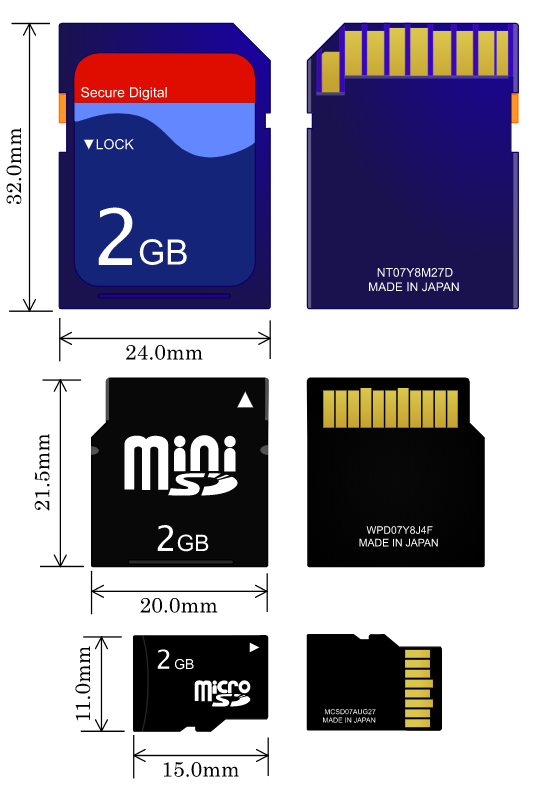 I would recommend reading the Wikipedia article on SD cards, just to have, from the outset, a better understanding of this topic.

SD card speeds can be classified into two main categories, according to the information I have gathered (but keep in mind, this is my categorization of SD cards for this article, not exactly a known categorization in the SD industry - yet it is quiet helpful).

Here is a table from the aforementioned Wikipedia SD card article to give some guidance with the explanation:

Once I explain the main differences in SD card speed ratings, I will give some examples, from actual SD cards.

Before explaining the speeds for SD cards, it is also important to understand about bus speeds. Another Wikipedia article, about the bus in regards to electronics can help for better understanding, but generally a bus includes the connections between a central processing unit  and other components of a computer or microprocessor, like the memory, outputs and inputs. And it is important that bus speeds are compatible with the speeds for the SD card, especially in regard to video production. The various SD cards have wire connections that interact with the host device bus system, and the SD card wire connections and the host device make up the bus system itself for the SD card.

From an informative website article on SD card bus speeds, Bus Speed (Default Speed/High Speed/UHS/SD Express) (which, by the way, is a good main source for SD card information, at sdcard.org) here is a table which summarizes the SD card bus speeds. 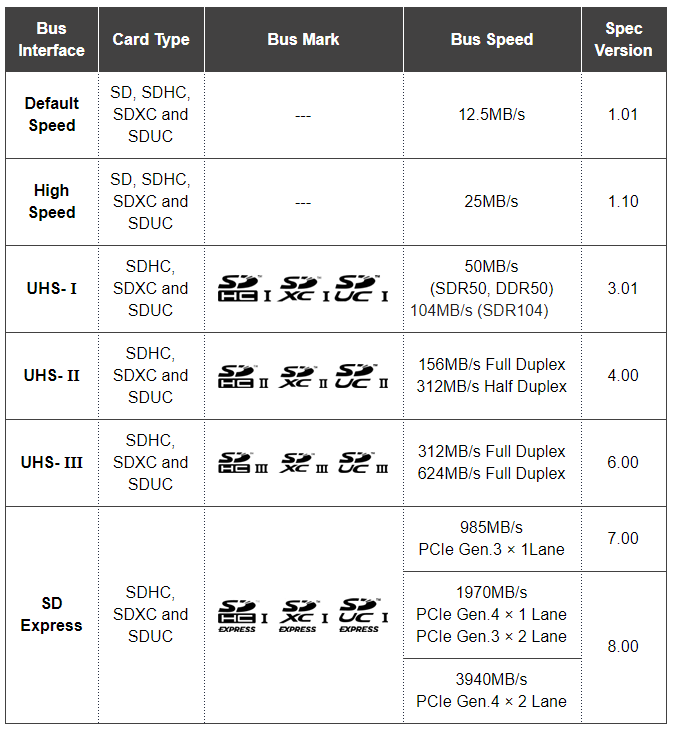 Simply put, Default Speed (or Mode) was the earlier version of the SD card, with SD Express being the latest version, mostly for advanced video production. Also, the half duplex refers to two lanes for data transfer operating in the same direction, so packets of data are transferred either to or from the SD card, whereas full duplex refers to data that can be transferred both to and from the card at the same time. Depending on the purpose of the data transmission, these more advanced bus interfaces, namely UHS-I on up to SD Express can speed up read/write data operations immensely.

Now for the main discussion at hand.

"Rated Speed (e.g. 15MB/s, 30MB/s, etc.) is maximum speed of the card and also what you would expect to approximately see in typical usage of writing or reading files on the card. This measurement is pertinent to still photography, especially for taking pictures with high resolution and/or saving in RAW format where the files created are very large. The faster the card, the faster it can save the file and be ready to take another picture. You can really notice speed differences with high-megapixel DSLR cameras when using multi-shot burst mode. Still digital images shot on high-megapixel cameras should utilize fast data throughput (a large data pipe), higher speed cards for improved performance. Higher speed cards can also improve how fast you can transfer the files to and from the card and your computer."

This particular class is a minimum speed for video recording, where the device is saving a steady stream of data, dependent upon the video's resolution and format. The minimum speed is what is needed to make certain the video captured on the card is recorded at an even, sustained rate with no dropped frames which could result in lost data, choppy playback.

The symbol for the Speed Classes is a C with its corresponding number within the C, as is depicted in the Wikipedia table shown above,

This speed class utilizes a new data bus that will not work in non-UHS host devices, so just keep that in mind. As explained in the article listed above, Difference between Speed Class, UHS Speed Class, Speed Ratings (performance) and Video Speed Class for SD/SDHC/SDXC cards, if you use a UHS memory card in a non-UHS host device (the target device, like your phone, that needs the SD card), the SD card will default to the standard data bus (that is, the steady stream of data) and use the Speed Class rating instead of the UHS Speed Class rating. UHS SD cards have a much greater potential for recording real-time broadcasts, capturing large-size HD videos and very high quality professional HD (if you're not sure about what HD means, read this article, but generally HD is associated with TV/screen resolution and overall appearance).

The symbol for the UHS Speed Class is a U with its corresponding number within the U, as is depicted in the Wikipedia table shown above,

This speed class is also referred to as "V Class". This class distinguishes cards that can handle higher video resolutions and recording features, with again, a minimum speed of sustained performance for recording the video, i.e. a continuous stream of data handling. This particular speed class is designed to accommodate the recording of multiple video streams, 360 capture, virtual reality content or 8k and higher resolution video, as mentioned in Difference between Speed Class, UHS Speed Class, Speed Ratings (performance) and Video Speed Class for SD/SDHC/SDXC cards.

Finally, some examples, so we can put all the above information to work.

128 GB is the storage capacity amount.

250 MB/s is the maximum read/write speed primarily for images.

The C with a 10 inside represents a Speed Class of a minimum speed of 10 MB/s.

The U with a 3 inside represents a UHS Class of a minimum speed of 30 MB/s.

C10, U3 and V60 are primarily for video production, keep in mind.

And the SDXC II symbol signifies a bus speed of UHS-II bus speed of 156 MB/s full duplex or 312 MB/s half duplex. 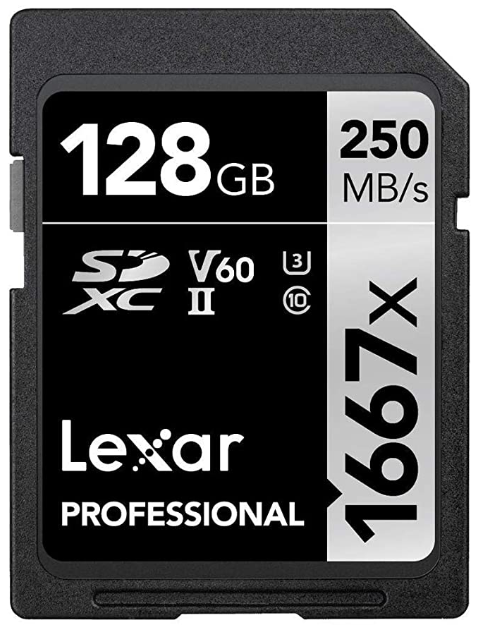 32 GB is the storage capacity amount.

98 MB/s is the maximum read/write speed primarily for images.

The C with a 10 inside represents a Speed Class of a minimum speed of 10 MB/s.

The U with a 1 inside represents a UHS Class of a minimum speed of 10 MB/s.

The A1 represents Application Performance Class 1, which corresponds to 10 MB/s of a minimum sustained sequential writing speed for video.

Again, C10 and U1 are primarily for video production, as is A1, so keep that in mind. 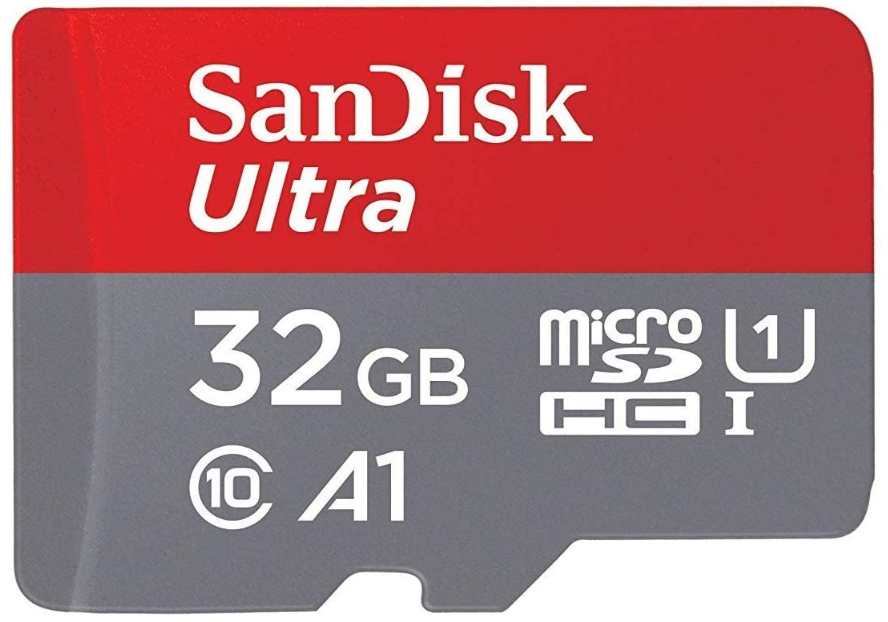 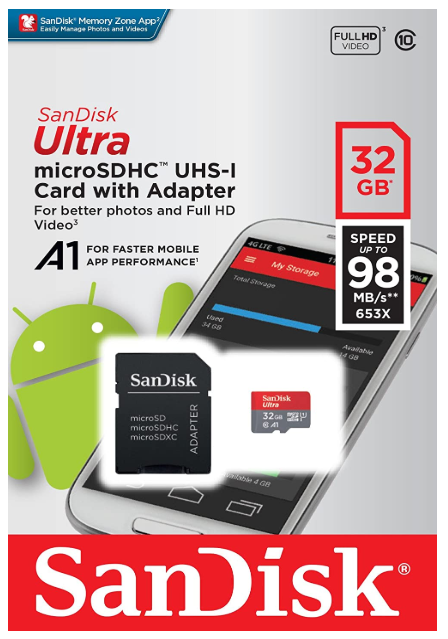 64 GB is the storage capacity amount.

300 MB/s is the read speed and 299 MB/s is the write speed, primarily for images (although, at those maximum speeds, anything could be possible :-)).

The U with a 3 inside represents a UHS Class of a minimum speed of 30 MB/s.

V90 and U3 are primarily for video production, though, again the maximum read and write speeds of this card are impressive. 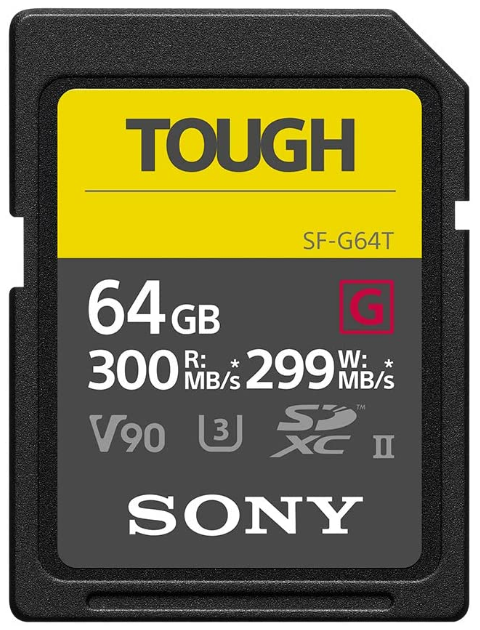