Curious about the differences and similarities between Android Phones and iPhones, and some of their pros and cons? Well, keep reading. We compiled a rather short blog article to address some of these comparisons.

The Android OS was developed by Google. This OS was originally based on the Linux kernel and, according to the Android Wikipedia link, also combines other open source software. This OS was designed primarily for touchscreen mobile devices, such as smartphones and tablets. Note that Android Inc. was bought by Google in 2005.

The iPhone iOS was of course developed by Apple, back in 2007. The iOS is not only used for iPhones, but also for iPads and the iPod Touch. It is the second most popular phone OS, after Android.

Android: Since the Android OS is open source, it is easily customizable. Also, the Android OS can allow for expandable storage on many phones. And not only that, but there are many more phone manufacturers available, such as LG, Motorola, and Samsung, compared to the iPhone. Then again, Android systems do tend to get malware more easily. And there tends to be difficult-to-find support for Android issues, which is especially made more cumbersome because the interfaces on Android phones can vary so much from phone to phone.

iPhone: The hardware and software for the iPhone is continuously controlled and optimized by Apple. One of the main important aspects of the iPhone is Apple monitors its app store carefully, so any malware concerns are addressed promptly. And generally, Apple offers good customer support, although I'm sure there are those unfortunate Apple customers, with bad experiences, who would adamantly disagree. But, because Apple has created a walled-garden or closed ecosystem platform for its iOS, where, as Wikipedia describes, "the carrier or service provider has control over applications, content, and media, and restricts convenient access to non-approved applications or content", this limits customization of apps. Also, another major con is iPhone has no expandable storage system.

Android: Although several Android phones can match the high prices of iPhones, such as Google's Pixel 2 phones and Samsung's Galaxy Note, quite a few Android phones are reasonably priced. The Android platform has been deliberately optimized to run on low-end hardware, such as many of the pay-as-you-go phones, like TracFone. A quick check on Walmart's site shows TracFone Android phones can range between about $30 to $80. Android has many free apps too.

iPhone: Let's be real here; iPhones can be expensive. Of course, the cost is rarely felt upfront because most people will place the high initial purchase price into a typical two year contract with their service provider to eventually pay off the large bill. How large? iPhone prices can vary anywhere from between about $400 (iPhone 6S) to $1000 (iPhone X).

Although both phones can offer tons of apps, with Android at about 2.8 million and iPhone at around 2.2 million as of March 2017, according to this article iPhone's app store tends to make it easier to obtain those apps. People knowledgeable in the industry claim that iOS has better quality apps, and just tends to safeguard them better than Android.

Typically, Android phones have better batteries and faster charging rates, yet with both iPhone and Android phones having different hardware parts, it is difficult to make a direct comparison. Also, the iOS is optimized to get the most ouf of the battery per mAh (milliamp hour) rating but Android devices often have bigger batteries that will outlast the iPhone's battery.

Android: For Android, according to the Android Developer website, only 0.3% of phones with the Android OS have the latest version, Oreo 8.1: 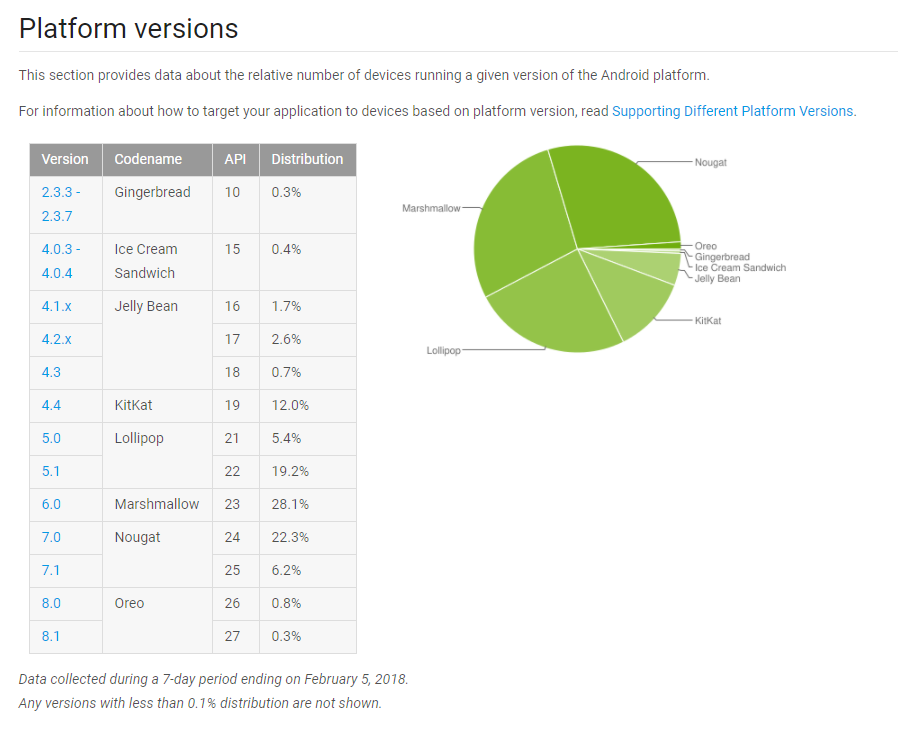 iPhone: This is where iPhone's iOS definitely pulls ahead of Android. The iOS offers consistent and timely software updates and security patches. According to recent Mixpanel research data, 84.59% of iPhones have iOS 11, 12.55% have iOS 10, and 2.86% have older iOS versions: 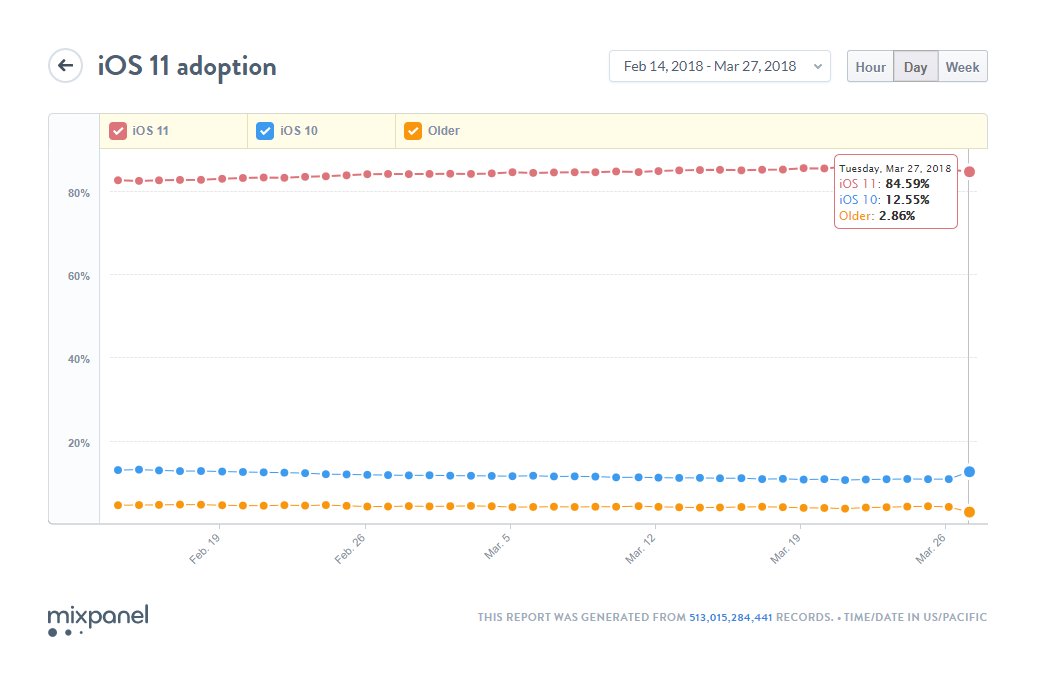 Android: Android wins out here. This is one of Android's main strengths. Users can change phone themes, change phone layouts on the home screen, add widgets and shortcuts, and also change the entire user interface with something called launchers. Android can also allow a user to set up third-party apps as default options.

iPhone: With the iPhone, a user can set backgrounds and there is some support for widgets. But Apple's iOS just maintains a lot of control over what can be altered in their systems.

So, if you want a phone that allows you to really explore numerous options for personalization Android would be your choice. However, with such personalization comes the risk that you could acquire viruses/malware more readily. That is where iPhone has the advantage, though, again, a user cannot get much alteration to the typical iPhone appearance.

Android: Android phones can vary quite a bit when it comes to the appearances and functionality of dialing and messaging apps. And this can be confusing. This is especially true because Google has Hangouts, but then later released Allo and Duo, and besides all of this, many Android phones come with their own messaging and dialer apps.

iPhone: However, with iPhone, FaceTime and iMessage comes pre-installed on every iPhone, so it is familiar to use on each new iPhone you own. But iMessage only tends to work best with other iPhones.

This varies quite a bit, due to the many manufacturers for Android. The camera apps on both Android and iPhone are considered quite good and quite fast. But because the Android OS can be used on lower-cost phones, the quality of an Android phone camera can therefore be less adequate. Knowledgeable folks say that Google's Pixel 2 and Pixel 2XL have cameras that are quite exceptional, about at the level of the iPhone 8 and iPhone X. It is also thought that the iOS camera is easier to use. With all this in mind, it's probably best to test the camera of the specific phone you're interested in before purchasing.

Below are two articles that were used as some of the research for this blog post and contain more comparison categories between Android and iPhone, in particular for photo backups, cloud backup, more security concerns, phone cases, map quality, and a few other comparisons:

Android vs iPhone - which is best